Living in the 4th Dimension: Volume 1 and Volume 2 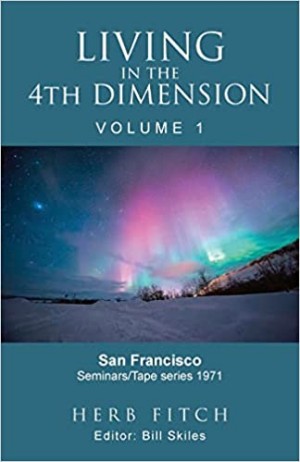 In these talks Herb holds us by the hand to lovingly and firmly guide us deeper into this mystical way of life; learning to let go of a personal sense of self as identity that we might live as Self, our true Identity. Herb is a brilliant, eloquent, passionate, and effective spiritual teacher. That has been my experience with these talks. As you start chapter 1, put your trust in Herb and let him guide you through the growth process. There’s lots of how-to in this book. By the end of the book you won’t be disappointed that you took this 24-chapter journey.

Herb’s brilliant wit in these talks made me laugh out loud at times. He gives fascinating spiritual insight into Bible passages that were utterly meaningless and so obscure before. There were many times during the talks when I would have a light-bulb moment of a deeper insight or realization. And there were times when I wanted to yell at Herb in frustration, feeling like a failure as a student because I knew I wasn’t at the level of growth he was so eloquently and passionately teaching about. But I would plod on, page after glorious page.

Living in the 4th Dimension Volume 1 and Volume 2 are available on Amazon.

The Realization of Oneness with the Book of John 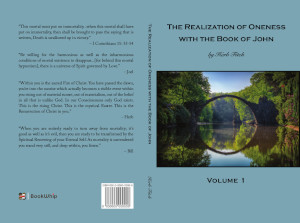 “Within you is the sacred Fire of Christ. You have passed the dawn, you’re into the sunrise which actually becomes a visible event within you rising out of material sunset, out of materialism, out of the belief in all that is unlike God. In our Consciousness only God exists. This is the rising Christ. This is the mystical Easter. This is the Resurrection of Christ in you.”

In this series of talks reviewing the book, Realization of Oneness by Joel, combined with The Book of John in the Bible, Herb Fitch gently lifts us beside the Invisible River of Spirit within our Being, there to be Spiritually Baptized by the Holy Ghost which is the power that transforms us into the Son of God.

These volumes can be purchased at Barnes & Noble and Amazon.

“The power and scope of spiritual healing are virtually unknown in our mental and material world. Most people know it only by name and usually by hearsay. Exactly what is spiritual healing? What makes it so different? Why is it totally unlike any other type of healing known to the world? We will find all the answers, I hope, in these talks which are to follow.”
–Herb Fitch

This series of talks which were mailed out to students in 1989, were a preparation for the “Chicago Healing Seminar,” which took place the following year in 1990. These talks were some of the deepest talks Herb ever made and they certainly deliver on his promise to take us into what he termed, “New Dimensions in Healing.”
–Bill Skiles

This volume may be purchased from Amazon, Barnes & Noble, BookWhip. 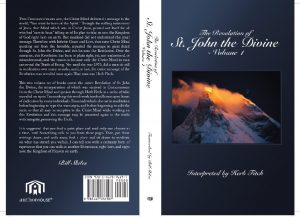 Herb Fitch’s in depth classes on – The Revelation of St. John the Divine which he gave in 1970 are now available in book form. All twenty-five tapes, some two-hundred and fifteen-thousand words have been transcribed into a beautiful two volume set which you can take to the beach, or up in the mountains, or to your favorite meditation chair to study at your convenience for a deeper spiritual understanding. Together with the audio files which are freely available on this website, they will make a wonderful addition to any library.

These volumes can be purchased at Barnes & Noble, Authorhouse, Amazon, Kindle, Nook Books.

These Herb Fitch Series of Talks are now available
as Kindle and Nook Books:

Also, Bill’s books have been reformatted for: Kindle and Nook Books:

1) Steps to Mystical Experience
2) Secrets of the Spiritual Kingdom

Search for a Talk